Sicily is a land full of curiosities, which even Sicilians themselves often don’t know and, just as often, correspond to Italian or even international records.

These anecdotes concern some of the naturalistic characteristics typical of the area, while others concern its history and culture, thanks to the different dominations that took place over the years.

Regarding monuments and artistic beauties, there are lots of surprises:

Between nature, monuments and…food, of course, Sicily is a land waiting to be discovered, full of surprises for those who live there and for those who want to visit it as a tourist. 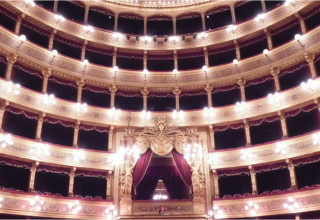 Massimo and Politeama: the two great theaters of Palermo